Selçuk is often considered only as a stopover town for those who want to visit the old city of Ephesus. But archeology and religion lovers would definitely consider it a paradise. Located in the province of Izmir in the western part of Turkey, it has been a contact between western and eastern cultures for thousands of years. Now as a major tourist destination, this walkable town has everything. The museum is comprehensive, the food is delicious, and the people, as well as the weather, tend to be friendly. Seeing so many ancient ruins scattered in the center and suburbs of the city, I felt like 3 days was not enough to discover its beauty. 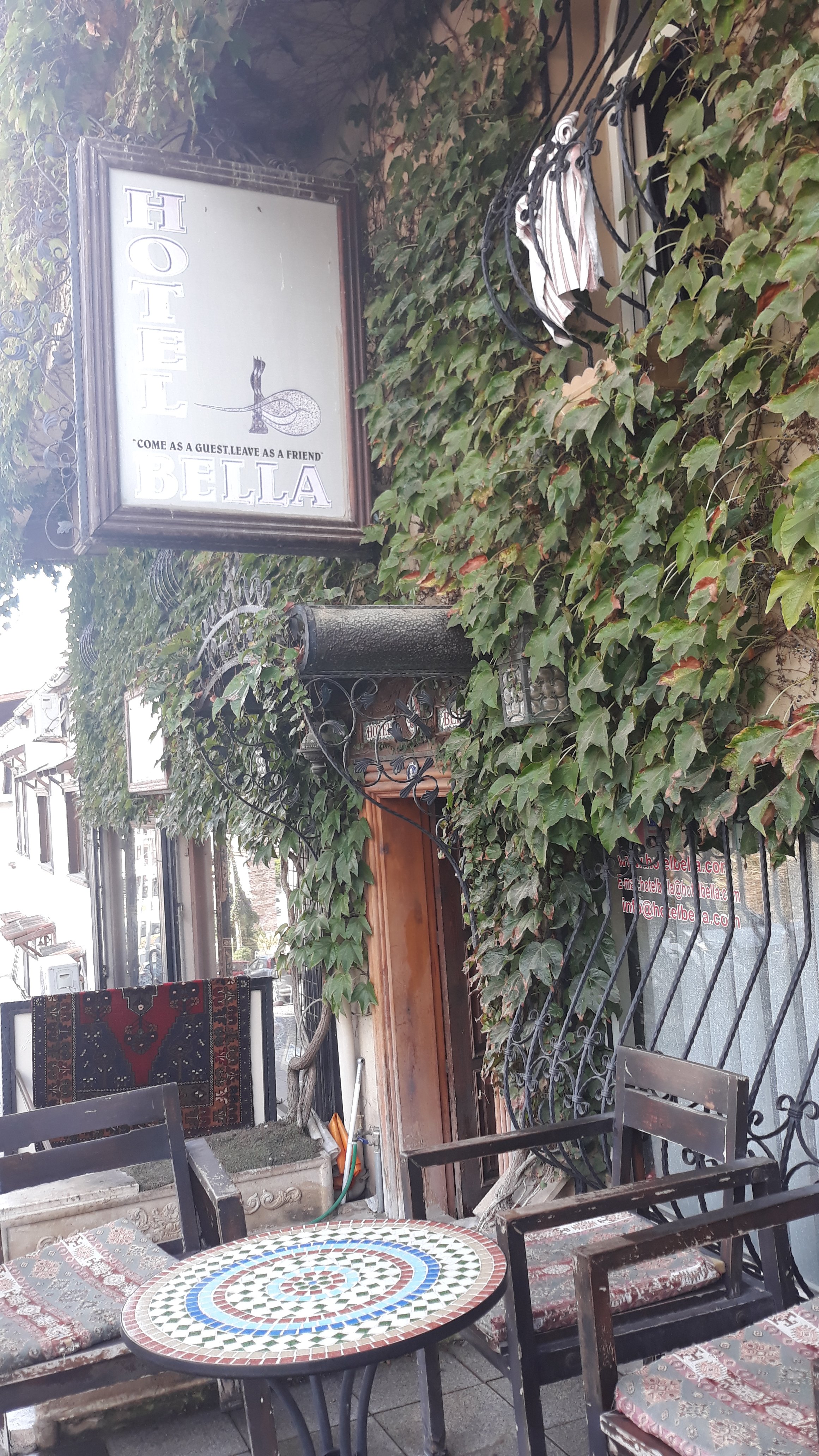 My two friends and I arrived in Selçuk around noon. Bella Hotel where we stayed offered a free shuttle to Ephesus, a 10-minute drive from there. So after lunch we hurried away, while the weather was still clear. Arriving in Ephesus, all the readings and guides that I devoured before leaving for our vacation suddenly materialized before my eyes. It was hard to believe that this place had been excavated for a century and a half and was only 80% complete. I could almost imagine its glory as one of the richest cities in the Mediterranean way back when. I was amazed by the slippery, luxurious but seemingly inefficient marbled path. And the thought of the feet that had walked that road thousands of years ago, gave me goosebumps.

We walked a few hundred meters into the area of Ephesus, past the various chunks of gates and pillars, stones and Roman inscriptions, and the ruins of Hadrian’s Temple with its detailed carvings. We couldn’t help but to shriek in excitement when we got to the Library of Celsius. The building itself was destroyed except for the the facade columns, and the statues were only replicas. Since it was built in 262 AD, I couldn’t imagine how many disasters, fires, renovations, and preservation that this place had stood, silently witnessing thousands of years history. 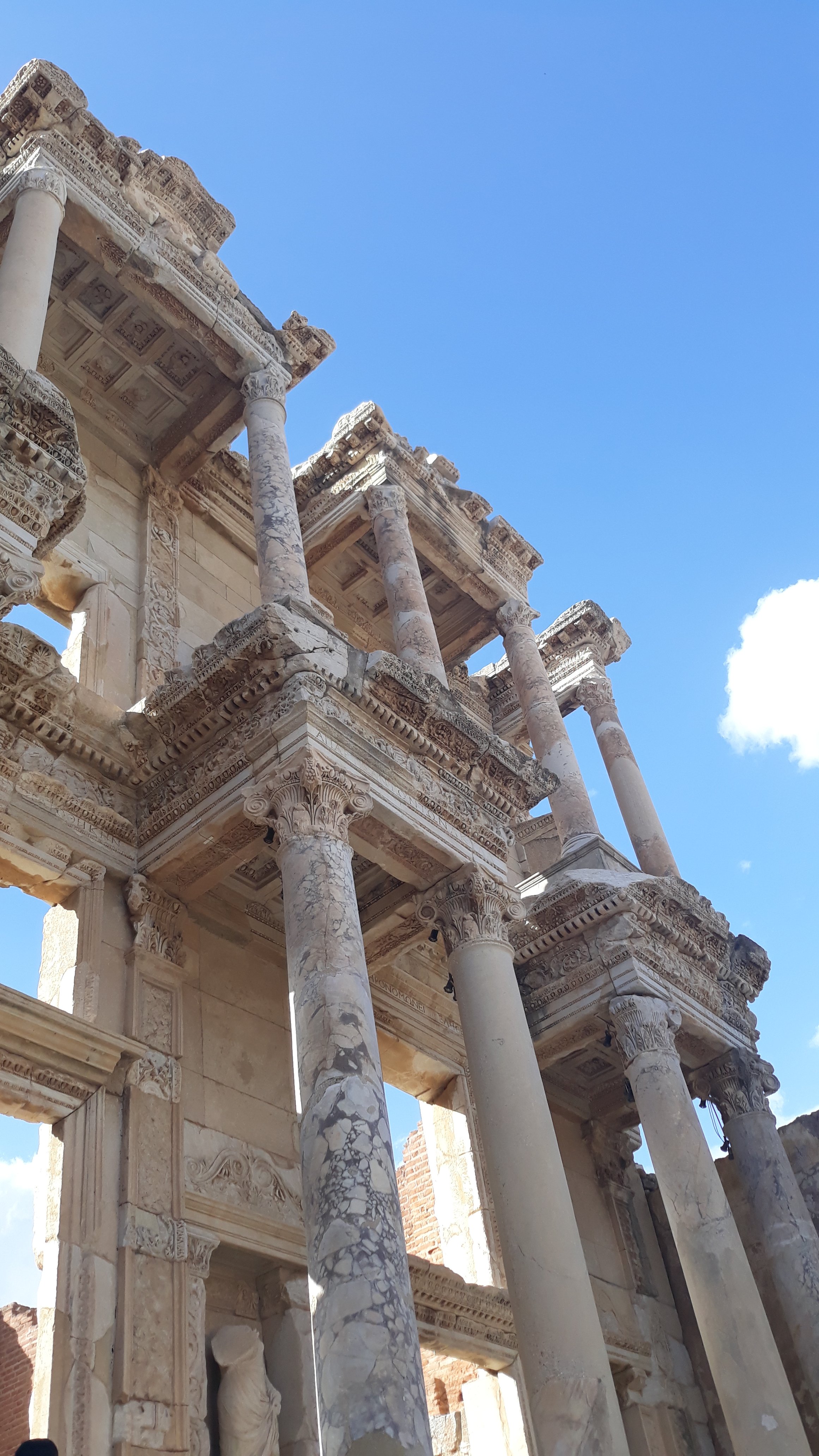 Initially we allocated 3 nights in Selçuk just to chill after exploring Bodrum and Ephesus. But as it turned out, this small town, whose real name is Ayasuluk, had so many things that were too interesting to miss. On the balcony of our hotel room, which was located on a street corner and lined with lush greenery, we could sit while looking at the St. John’s Basilica and Ayasuluk Fortress across the road which was always packed with tourists since morning. So the next day we decided to sleep in a little bit and go there when it’s less crowded.

With the sky half clear, half cloudy, and the breeze blowing softly, the area of the ruins of St. John’s Basilica and the fortress felt really calm and cool. Thanks to its strategic location on the hill, the basilica complex boasted beautiful views of the town from a distance. One side faced the modern part of Selçuk, while the other faced the green fields and the Anatolian-style Isa Bey Mosque.

Still wanting to dig this city deeper, the next day we visited the Ephesus Archaeological Museum, which was about 20 minutes’ walk from the hotel. Although not too large, the renovated museum had a modern feel and an extraordinary collection from the excavation areas nearby. The highlight for me was the statue of the Artemis Goddess of the Temple of Artemis, included in the Seven Wonders of the Ancient World. Placed in a black-walled room with dramatic lighting, my encounter with the goddess felt so mystical.

Satisfied with observing history, we looked for a more modern Selçuk civilization. Just across the main street from the hotel we found a commercial area with restaurants, shops, supermarkets, banks, and souvenir shops. After a few days of eating seafront seafood in Bodrum, I was craving beef or lamb shish kebab. We weren’t in the mood to look for recommendations on the internet, and decided to just go and find anything interesting. 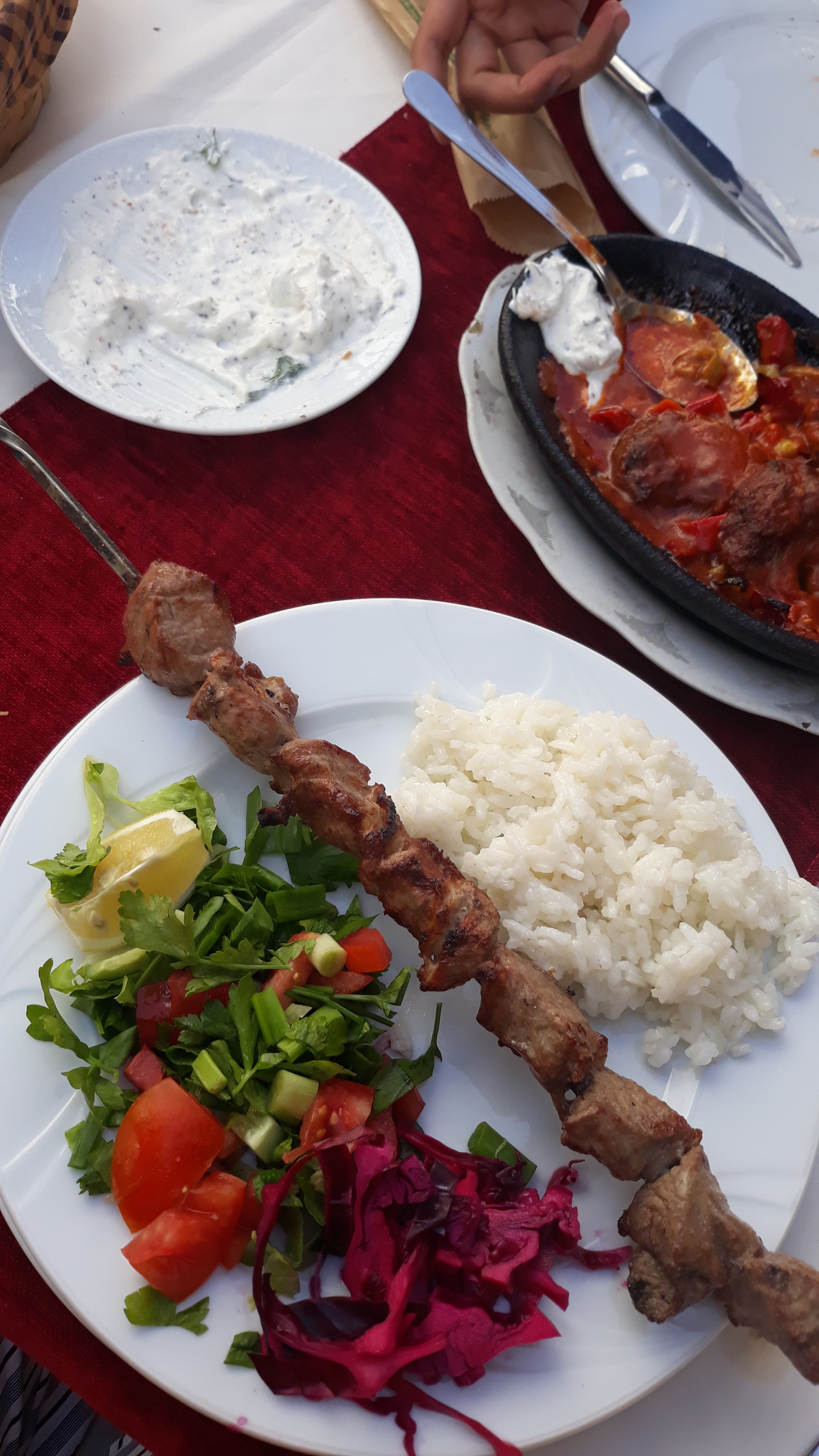 We stopped at Tat Restaurant & Cafe, simply because the tables on the terrace looked beautiful and the atmosphere looked very pleasant. A white-haired man welcomed us happily and introduced himself as Murat, the owner. We ordered a portion of delicious lamb shish kebab with a glass of warm apple tea, and a staple at the table, hummus with olive oil for bread dipping. After we finished eating, Murat approached our table and asked us to give both our hands, then he poured pomegranate cologne from a glass bottle. “To keep your hands fragrant,” he said. Later we found similar colognes with various fruit fragrances, which apparently were a local favorite.

Even though most days were raining, walking in Selçuk was really pleasant. While walking off our meal, a man in front of a shop called us. Usually we would just smile, say ‘no, thank you’, and move on. But for some reason this time we decided to stop by the shop, which turned out to be full of locally made knick-knacks, ranging from accessories, carpets, jewelry, to colorful chandeliers.

Ali, the shop owner, told us enthusiastically that he had just impressed two Canadian tourists. He then asked us to inspect a ring with a green stone, asked us to hold the ring, and told us to step outside the shop. “Stand under the sun and open your hands,” he said. The stone on the ring turned pink! Apparently, the stone is Zultanite, a rock from the Ilbir Mountains and the only one of its kind in the world (Ali also provided us with proof from Google, in case we didn’t believe him). This stone that change color under different light sources seemed to be the pride of the Turks, including Ali.

After choosing a few small earrings while sipping warm apple tea, I found a white cat lazing around. Ali said, the cat, like himself, came from the city of Van, where all the cats had different eye colors left and right. Pamuk (which means cotton), had brown and blue eyes! This little shop to have so much ‘magic’. “Thank you for listening to my stories, I hope you are happy in Turkey and have a fun trip in our country!” he said while waving us goodbye.