Like many other cities in South America, Bucaramanga also has its annual festival, called Feria Bonita. In September, various art performances are held all over town. It is an opportunity to watch Colombian dance and music, mostly for free. One of the shows I went to was a salsa concert in Concha Acústica, where everyone unsurprisingly, couldn’t keep calm and danced passionately.

The highlight of Feria Bonita is Carnaval del Oriente that runs along Carrera 27, one of the main roads in Bucaramanga. Being in the middle of this colorful carnaval, I felt like I was in one of those travel shows on tv that I love to watch. Spectacular costumes, dance, and music, everything was hipnotizing. 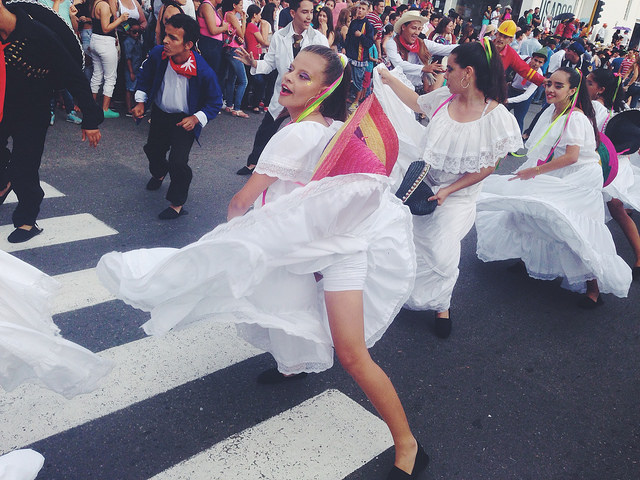 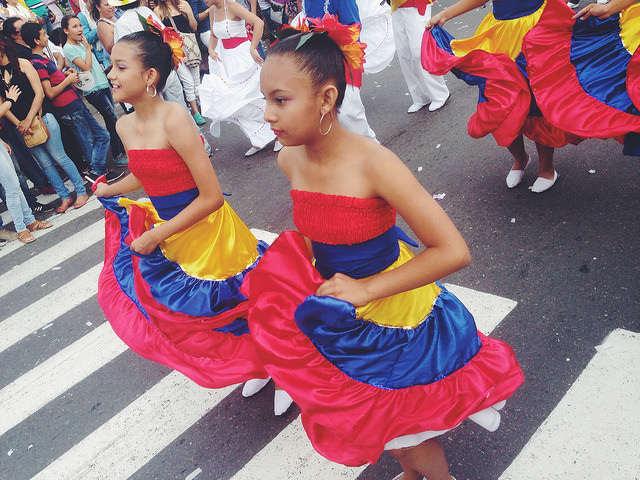 I was also lucky to experience Halloween in Bucaramanga. This year, the day before October 31st, adults and kids already got out of their house in full costumes and serious make up that were completely terrifying! On Halloween night, we were stranded in Cacique, one of the biggest malls that were fully packed with ghosts, monsters, vampires, and other supernatural ‘creatures’. With so many children (and adults!) running around in costumes, the mall shut down all of the elevators for safety.

I sensed the true latino spirit of bumangueses (people of Bucaramanga) at the Carlos Vives and Friends concert. The famous Colombian singer, performed with Maluma, Wisin, and Choquibtown, at Estadio Alfonso Lopez, an outdoor and roofless stadium. The first thing I noticed when I got there, strangely, was how that concert was packed with so many hot women!

Bumanguesas and santandereanas apparently have a reputation of being the most attractive in Colombia. I couldn’t prove this scientifically, of course. But I saw them having strong characters, independent, confident, and vokal. But a guy friend once told me that santanderanas are tough, but they’re also cariñosa.

The concert started at 9 pm and it was still raving past midnight. It looked like our local friend, Camilo, wasn’t joking when he said usually this kind of concerts goes until 3-4 in the morning. During the show, everyone was on their feet, dancing the night away, singing and waving to the instruction from stage. They even got more on fire when all of a sudden rain started pouring, probably the hardest I had ever experienced in my life. As you can imagine, that morning we went home walking drenched to the bone, since there was no taxi willing to pick us up.

One thought on “Dancing in the Rain (Bucaramanga Part 2)”