“Are we really doing this?” I asked mi amiga de viajes Annisa for the umphteenth time. We were on a minivan, heading to El Desierto de Tatacoa, about 6 hours from Bogotá.

My doubt slash wonder about going to the desert was with two pretty good reasons. One, we were previously penniless in Bogotá and had very little means to continue our trip south. We had made it in the city mostly with our credit cards, but obviously we couldn’t use them in the desert. Two, the trip was quite impromptu, so we hadn’t made any reservation for a hostel or anything. What if we could’t find a place to stay the night in the middle of the desert?

These doubts of course were forgotten the morning after we spent one night at the Hostal Noches de Saturno, recommended by our good Malaysian friend, Melissa. The hotel was located near an observatory, but unfortunately that night was cloudy so we couldn’t see any stars. That morning, all of the hostel guests started a trekking tour at 5:30AM with our guide Nacho. 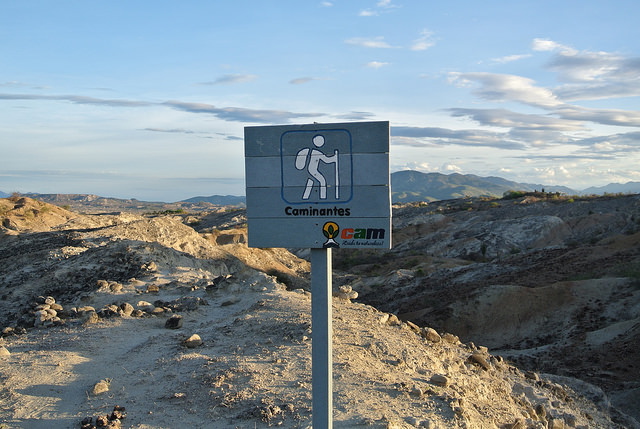 Because it was still early, the temperature was quite cool and lovely. The view was amazing. Nacho said there were only 2 deserts in Colombia. Guajira is a sand desert while Tatacoa comprises mostly rocks and soil.

There were many types of vegetation in this 18,000 hectare area. We found little trees with velvety leaves. Nacho said the leaves were usually used as toilet paper during emergency situations, if you know what I mean. What a luxurious toilet paper lemme tell ya. 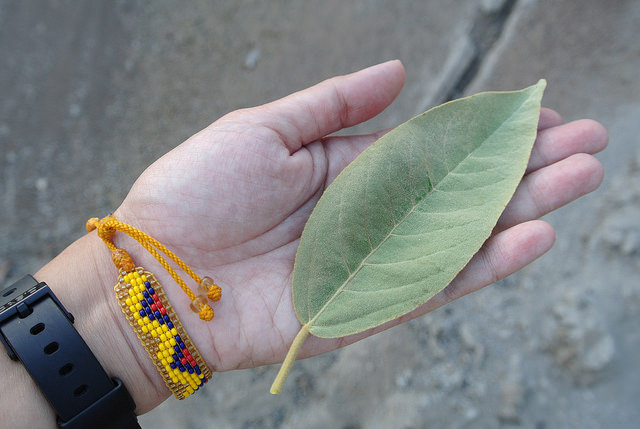 So we walked for about an hour. The trek wasn’t too difficult though. We encountered narrow paths like pictured above, but luckily everyone was able to slide through it (thank god, otherwise that would be embarassing!).

As expected in the desert, we found many cactuses of all shapes and sizes. We actually found some that were 3-4 times taller than human. But, what we hadn’t known before was that the smaller ones had edible fruit! It was small like a chili, but the color was bright fuchsia. Each plant only had one fruit so each of us shared a bite. Turned out it tasted quite refreshing like dragonfruit or pitaya. 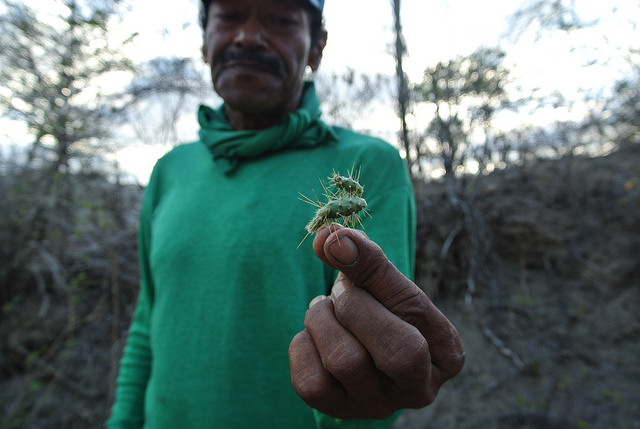 After a while we reached a part of the desert called Los Hoyos where the found some rock formations in the shape of ghosts. Quite eerie, especially because someone apparently tried to add a pair of eyes on one of the ghost. This area was even more grey and a little bit more sandy than the first one. 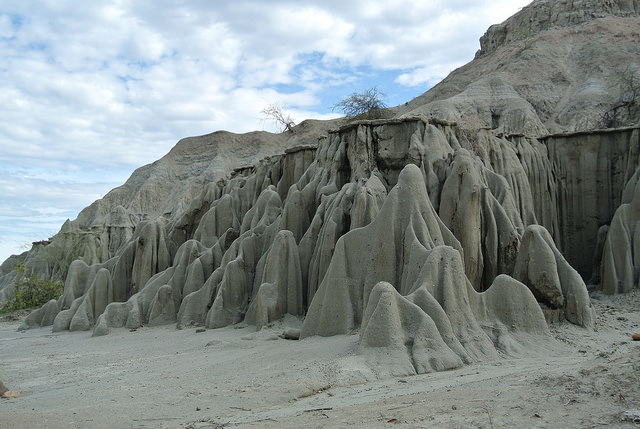 At some point, we found a pool in a middle of the desert. Because of course you need a pool in the middle of a desert! Unfortunately it was still under construction when we got there (I heard it’s already open for visitors now). So we just headed back to our hostel to have breakfast before the second leg of our tour. 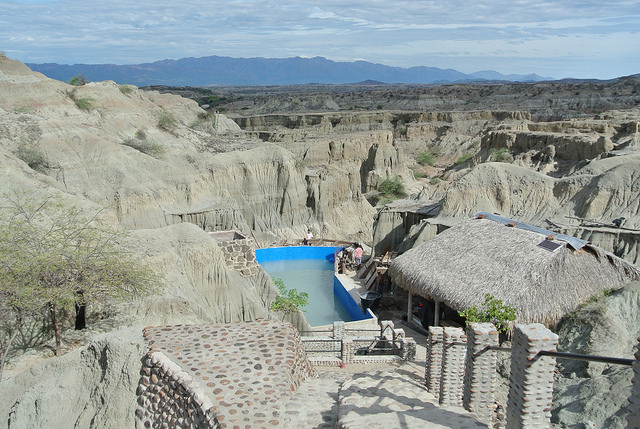 At first glance our breakfast looked so simple, but it was actually so good and very much welcomed by our stomachs after walking for 3 hours or so. Scrambled egg with ham, soft roll, and of course arepa, served with a cup of hot chocolate.

Apparently the rest of the group skipped the last part of the tour, leaving only me and my friend. This time we headed to the red part of the desert called El Cuzco. The sun was already high, it was almost noon. But the view was so unbelievable that both of us decided to go with it anyway. So off to the labyrinth we went.

At this point our water bottles had turned warm, and our cameras had pretty much melted in the heat, but our spirits couldn’t be dampened! And as soon as we realized that we were the only people there, we quickly set up our camera and monopod, with a help of a cactus tree, and started dancing like a couple of chicas locas to Imagine Dragon’s On Top of The World and Carlos Vives’ Tierra del Olvido (those videos would never see the light of day).